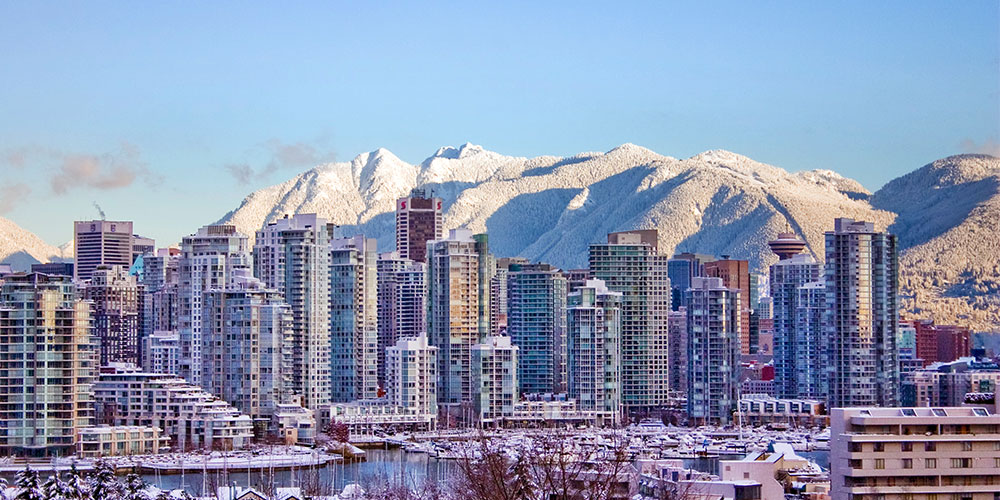 Vancouverites are a famously outdoorsy bunch — even in the winter, there’s a toque-full of al fresco activities here to keep everyone active. From forest hikes to urban biking to sparkling powder action at edge-of-the-city ski hills, fleece-clad locals know exactly how to enjoy the season’s crisp fresh air.

But you don’t have to live here to relish all this rosy-cheeked activity. The Fairmont Waterfront is a handy hub for all of Vancouver’s wintertime outdoor exploits, whether you’re a fitness aficionado or a curious visitor keen to explore B.C.’s natural side. Need suggestions? Read on for our rundown of open-air ways to enjoy the city and its surroundings in the winter.

A 30-minute drive from the city, the mountain-framed North Shore is a glittering winter playground for snow fans complete with three lodge-equipped hotspots. But while skiing and snowboarding are de rigueur at Grouse Mountain (33 runs; five lifts), Mount Seymour (40 runs; four lifts), and Cypress Mountain (53 runs; six lifts), each offers additional reasons to gear up and head on over.

Snowshoeing at Grouse (rentals available) includes well-marked trails, fondue packages, and magical moonlit tours. You can also skate on a frozen pond, ride on a huge sleigh between the trees, or soar on lofty ziplines through the snow-draped wonderland (screaming at the top of your lungs is optional).

Over at Seymour, snowshoeing is also popular –– newbies should book their excellent Intro to Snowshoeing tour. But if you’ve ever thought about hurtling downhill on a custom-made inflatable, the snow tubing program here is a family-friendly must-do. There’s also a toboggan park where you can fire up your adrenaline with a speedy run (or three).

Cypress also offers snowshoeing and tubing, plus the North Shore’s largest ski and snowboard area, including beautifully illuminated night skiing terrain. But it’s the tranquil cross-country skiing that really stands out here: There are 19km of groomed trails, lessons for beginners, and a lakeside lodge that’s the perfect reward after a couple of hours of ski-swishing exertion.

You don’t need snow gear to dive into the great outdoors here, though. This region is a hiker’s paradise, with some trails especially well-suited to winter. Busy in the summer, North Vancouver’s Quarry Rock route (3.8km round-trip) transforms into a delightfully peaceful trek through the trees alongside Deep Cove in the off-season, complete with panoramic views over the serene waters of Indian Arm.

Over in West Vancouver, the Cypress Falls trail (3km round-trip) is also popular with wintertime locals. Typically snow-free, it’s a memorable way to encounter the region’s mist-streaked mountain rainforests — watch for cawing ravens, centuries-old Douglas firs, and a pair of highly photogenic waterfalls. Like all shoulder season hikes in this region, make sure you’re well-prepared for changeable weather.

Need something closer to your room at the Fairmont Waterfront? Located on the shoreline edge of downtown Vancouver, Stanley Park is Canada’s largest and arguably most popular urban green space. Winter transforms it into a mystically calm oasis where communing with nature is easy, especially if you nose along silent, tree-flanked interior trails such as Beaver Lake and Lovers Walk. Look up for bald eagles and Anna’s hummingbirds en route.

Stanley Park is also a great spot for chilly season cycling, especially on blue-skied winter days when everything is bathed in golden sunlight. The 9km-long paved seawall here is especially inviting with its level terrain and ocean vistas. Want to ride further? The trail winds from the park’s English Bay exit, rounding False Creek to Science World and Granville Island — a half-day pedal-based adventure with lots of potential pits stops.

Vancouver also has a network of separated roadway bike lanes radiating around the city. But you don’t have to rely on your own navigation skills to hit the saddle here. Cycle City Tours runs guided bike excursions all winter long — a great way to explore cold-season Vancouver while pushing up your core body temperature.

Lapped by ocean, it’s hard to miss the water when you’re in Vancouver. But while winter might not seem the obvious time to take the plunge — unless you’re joining the shrieking locals running into (and quickly out of) English Bay during the annual Polar Bear Swim — there are a couple of cool ways to check out the briny sea at this time of year.

Consider an Indian Arm kayaking tour with the friendly folks at Deep Cove Kayak (seal and eagle viewings are common). And if you’re curious about what’s under the water, this is also the best time of year for B.C. scuba diving: it’s certainly colder, but visibility is superior. Diving Locker hosts trips from the city every week. Gear rental is available and dramatic sightings can include wolf eels and giant Pacific octopus — both guaranteed to add some amazing outdoorsy memories to your Vancouver visit. 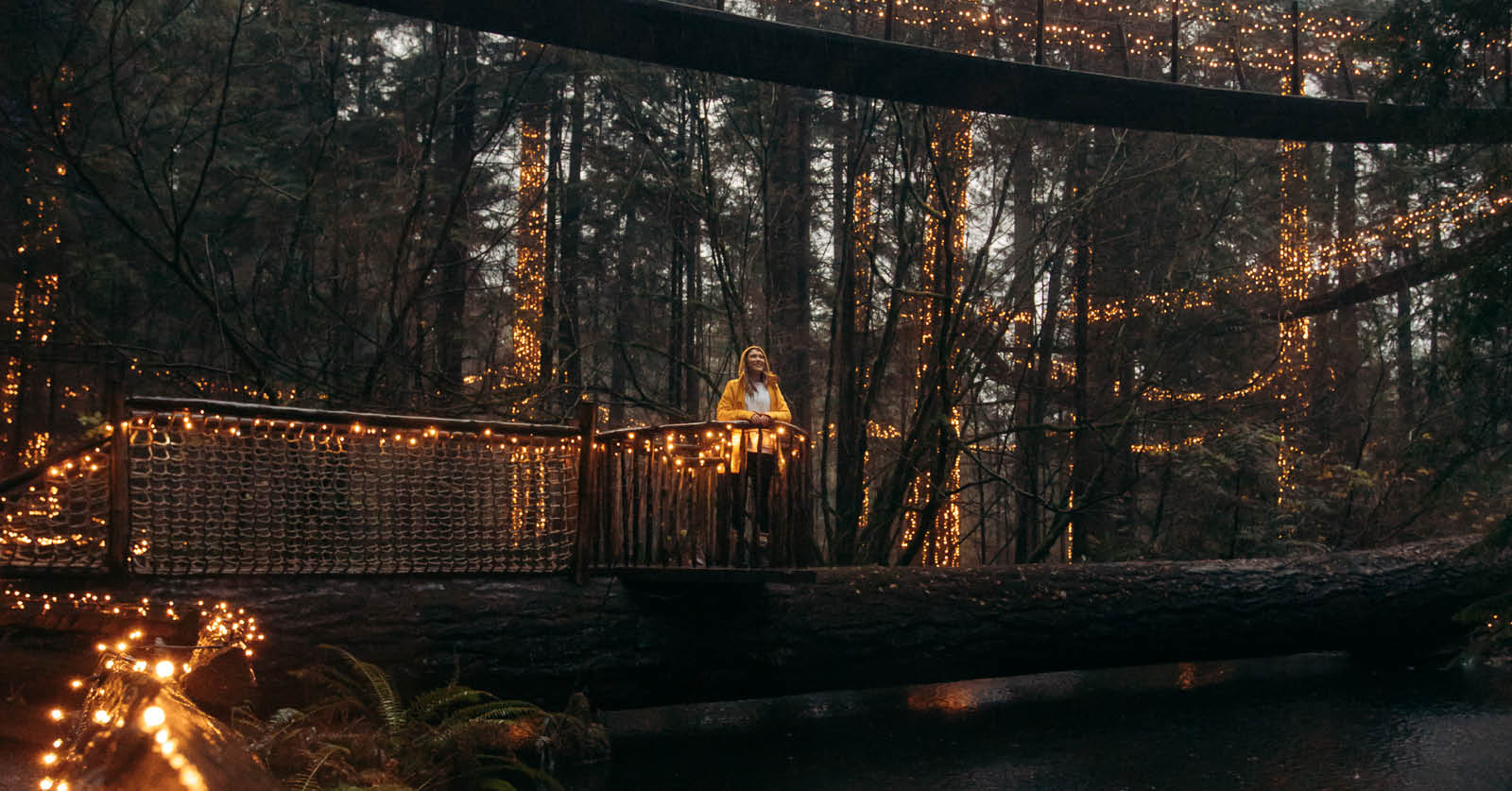 Festive events in Vancouver to explore this Holiday Season!

It’s Christmas time in the city, so we made a list (and checked it twice) of all the best festive offerings. 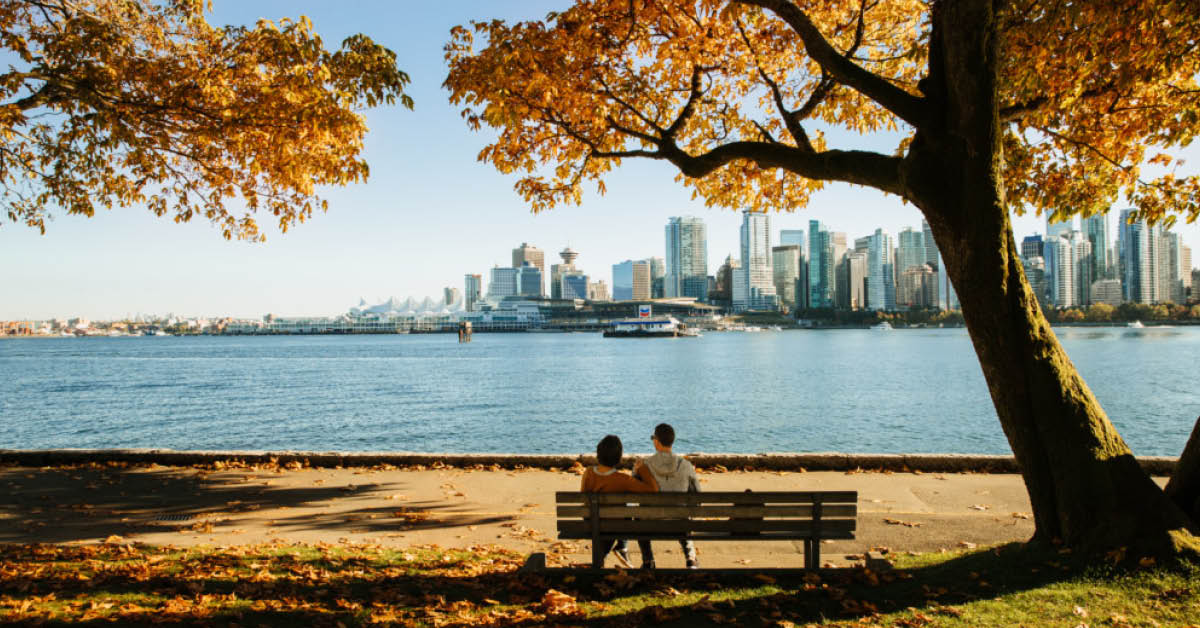 There’s no shortage of fun to be had for all ages when exploring Vancouver in the fall, and Fairmont Waterfront is perfectly situated to be your jumping point for any… 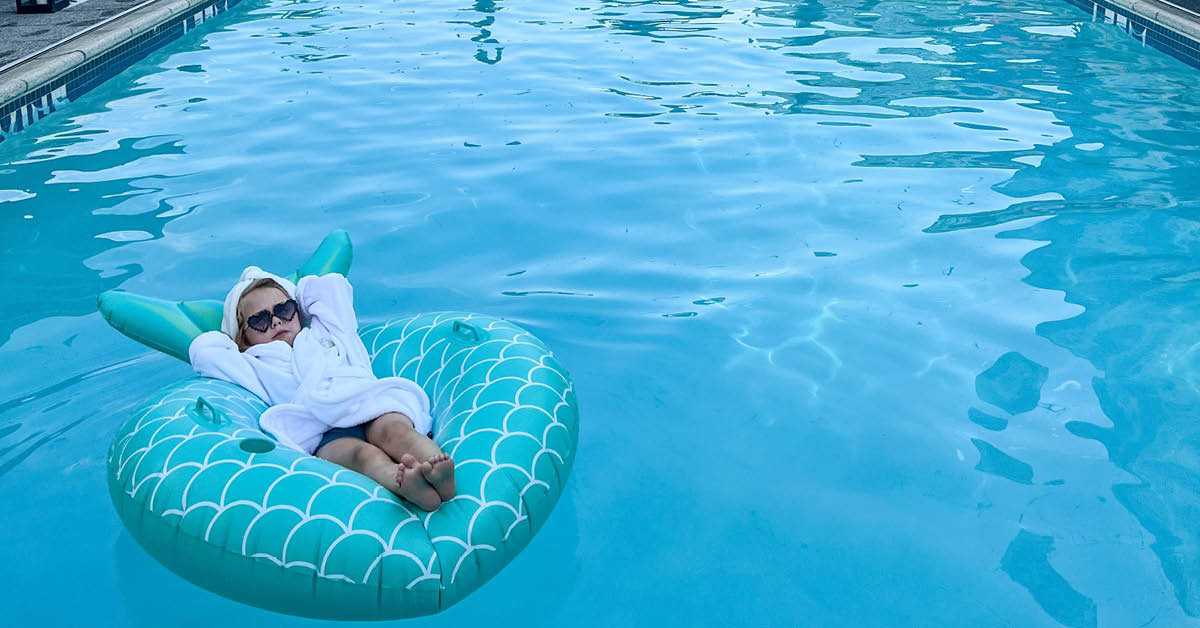 Where to swim this summer in Vancouver

Summer is a without a doubt a beautiful time to visit Vancouver. Patios are buzzing with patrons sipping refreshing cocktails, and outdoor festivals and events are happening left, right and…